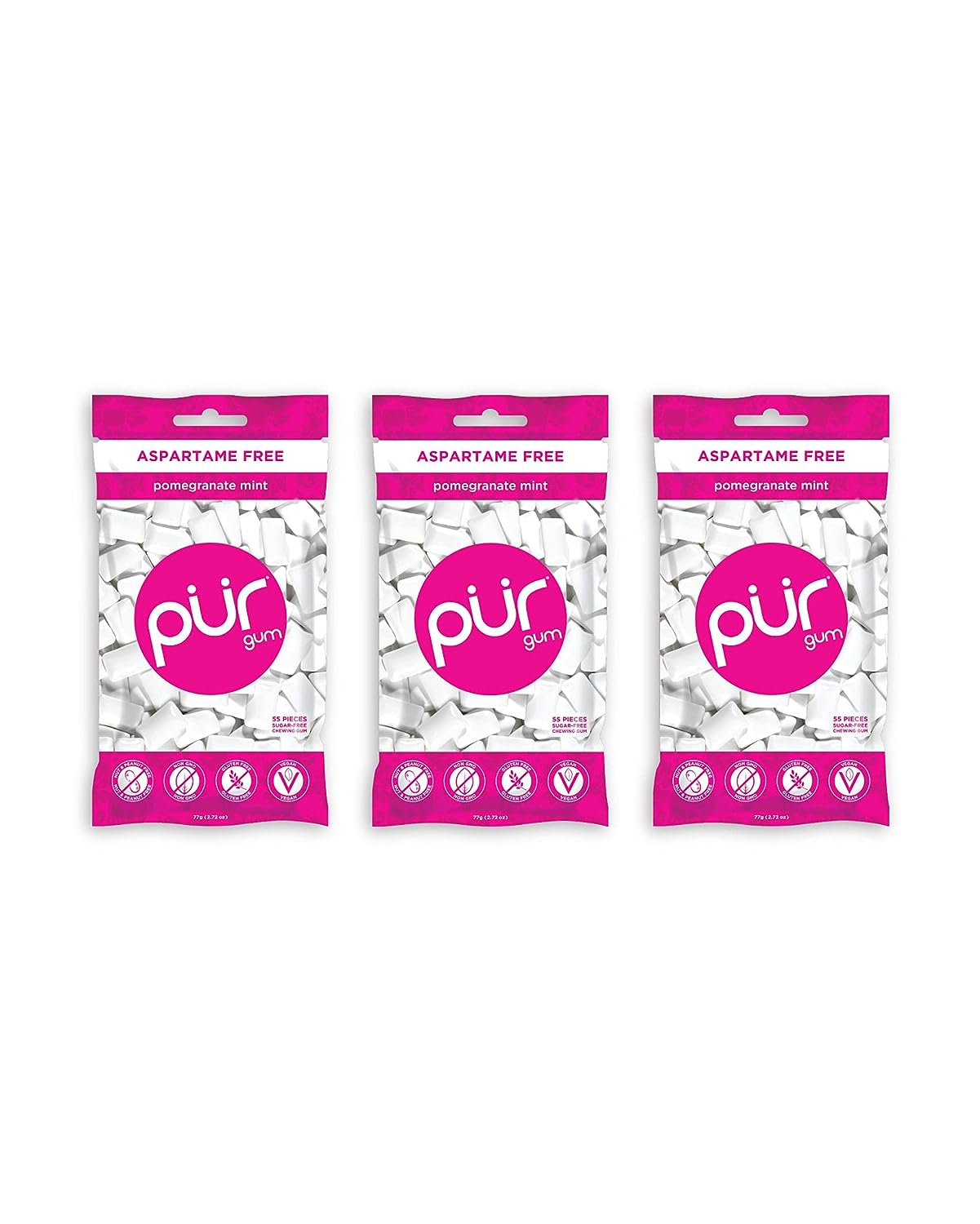 Founded in 2010, PUR was built on the founding principle of making simple substitutions to promote a healthier lifestyle, without compromising taste or quality! With a growing number of dietary restrictions and health-conscious consumers, PUR set out to create products that everyone could safely consume, enjoy and share!

PUR uses xylitol sustainably sourced from Birch and Maple trees grown in Finland. It looks and tastes just like sugar with 40% less calories than sugar while boosting oral health.

All our ingredients are sourced from Europe and made in Switzerland. PUR is a quality first brand.

What Makes Us PUR?

Xylitol is a naturally occurring pentose sugar alcohol that looks and tastes just like sugar yet has 40% fewer calories. Xylitol is one of the lowest sweeteners on the glycemic index. The body processes xylitol without using insulin, making it safe for diabetics. PUR is made with Xylitol which helps to decrease plaque buildup.

PUR Gum and Mints are made in Switzerland with quality ingredients. Additionally, the Swiss government has a moratorium on genetically modified organisms (GMOs) in agriculture. You can be assured that our products are both non-GMO* and organic*.

Founded in 2010, PUR was built on the founding principle of making simple substitutions to promote a healthful lifestyle without compromising taste or quality!

We believe that everyone should be able to enjoy our products no matter what your dietary restrictions or choices may be. We listen and understand the needs of our consumers and strive to create amazing products you love.

Why Do People Love Chewing PUR?

PURfect For Everyone To Enjoy!

All of our products are Certified* Diabetic Friendly and are Certified* non-GMO*, vegan*, and free from gluten, dairy, lactose, casein, egg, yeast, nut, peanut, sesame and corn.